My right hip has always hurt, since I was fifteen. It hurts tonight.

Today I paid a visit to a cemetery, for the first time since I can remember. I was trying to find the grave of a family member who died back in 1981. It was a surreal experience for me.

I was told that she was interred in one of the mausoleums, so I began by checking out all the mausoleums. There were three to examine. She wasn’t in any of them. But in the course of looking I saw remembrances of people who were born back in the 1880’s and who died as recently as this year. I saw a beautiful photographic remembrance of two brothers (I can only assume); one who lived from 1979-1987, and another who lived from 1975-2001, right next to each other. They both died so young, for reasons I could only imagine. They were obviously loved very much; each of their plaques included their color photographs; attractive youngsters, and they also had recently placed flowers and deflated mylar balloons brought there I’m sure by loving family members who are still grieving after all these years.

On the ends of the mausoleums are the much smaller drawers where the ashes of those who have been cremated are interred. They all had miniature urns attached to them, most with fairly fresh flowers installed. And in the chapel, which is where I last paid respect to my family member who died in 1981, there were glass cases containing the urns of others who had been cremated, for all to see.

Each wall of the chapel, left and right, is part of the mausoleum. Each drawer is marked with a nice brass placard with the name of the deceased. Except for one. Way up on top there was the drawer for Brian Flanagan, marked only by the kind of sign you would normally see on somebody’s cubicle. Formica. Wouldn’t you love to know the reason for that?

I wasn’t able to find the grave I was looking for on my own, so I went to the cemetery office to seek help. I was greeted by a young man, maybe 25, who was straight out of central casting for working at a cemetery. His skin was pale white, his hair jet black and greased back, his eyes bulgy and creepy, and his black suit just a bit too black and very wrinkled. He sat me in a room to wait for the cemetery manager, who would tell me where my relative was buried.

The room had a sample of a granite monument with all the different type sizes and colors you could choose when you are burying someone. There were also images of all the different types of graves and plots. I imagine I’ll have to make those decisions someday for someone, but I hope it won’t be any time soon.

The cemetery manager emerged with an ancient looking wooden plat of the graves where my relative was buried. Lot 822, locations 1 and 2. She accompanied me out there to find it and I discovered that my ancestors were buried in the ground, husband and wife, next to each other. A simple, flat headstone marks their final resting place.

A cemetery is a humbling place. The one I visited today had hundreds of graves; it’s pretty small. But there are others in town with thousands of graves, many of which contain the bodies of people who were pretty powerful in their time. And then there’s Buffalo Bill’s grave on Lookout Mountain, which contains the remains of only one man.

You can’t help but think that no matter what kind of life you live you will someday end up in a drawer, or a hole in the ground, or in an urn, or with your ashes spread over your favorite place.

And hopefully, you will rest in peace.

I finally deleted my Facebook account yesterday after weeks of struggling with the decision. At the end of the day I just don’t trust Mark Zuckerberg to make the right decisions about my privacy. I’ll miss being voyeur to my friends’ lives, but I’m already sleeping better knowing I’m off the site. If you’re a friend who wants to contact me, you can do it through the Contact page on this site, or send an email to jj at zzmail dot me.

Just got my new webcam, the StarDot NetCam XL. What an impressive device. Got it up and running and hooked up to this website in about one hour. The device updates the image every 30 seconds and ftp’s it to my web server. The NetCam’s not cheap but the engineering and thought that went into the product are first rate. Highly recommended.

Click here to see the latest image from my webcam.

Click here to learn more about the NetCam XL.

Here is my mistress, Mooney N3833T, a 2008 Mooney Acclaim Type S featuring the BMW Design Works special edition paint scheme. By far the fastest and most beautiful airplane I have ever owned. It sports 310 turbocharged horsepower and cruises comfortably at 220 knots (253 mph). I absolutely love flying this beast. 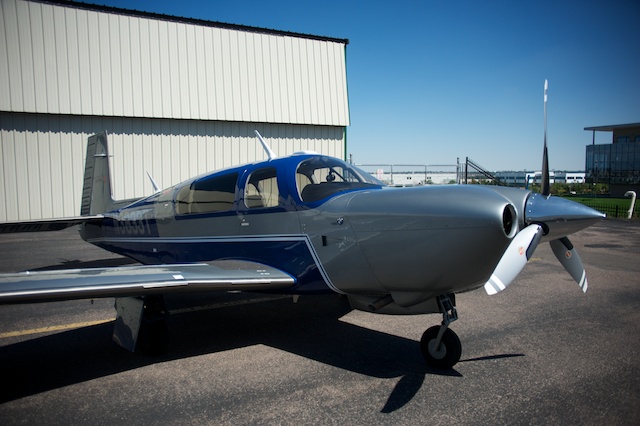 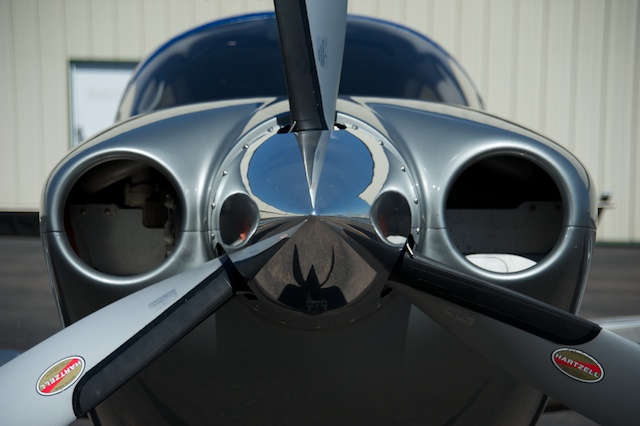 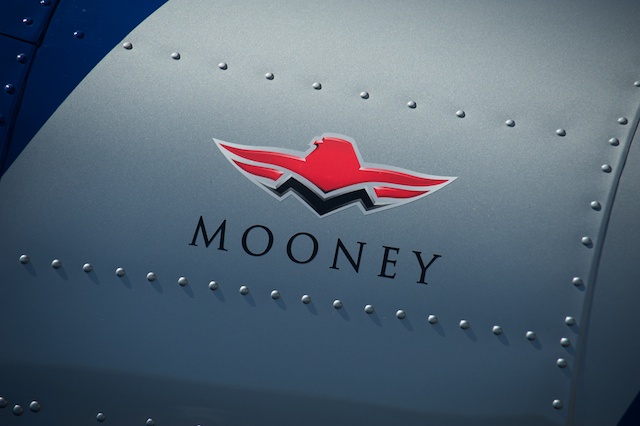 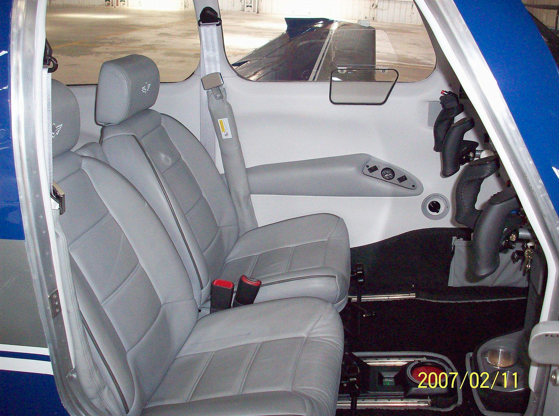 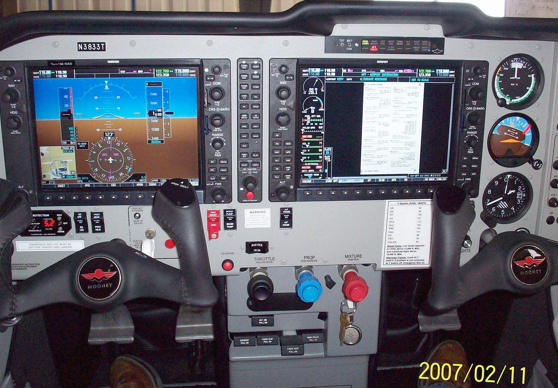 I purchased my first airplane in July, 1999, in Napa, California. It was a 1980 Piper Archer II, N2535U, with only 900 hours on it. Since Archers are often used as trainers and entry-level aircraft, it was extremely unusual to find one nearly 20 years old with such low time. The plane had only one previous owner and was always hangared, so it passed the pre-purchase inspection with flying colors.

I didn’t take nearly as many pictures of this plane as I should have. Pity. The seats were upholstered in a disco burnt-orange crushed velour, and the panel was truly retro, having never been upgraded by the original owner. Nevertheless, the aircraft was in tiptop shape and I really enjoyed it during the short time I owned it.

In May, 2000 I traded the Archer for a 1998 Mooney Encore. The pictures below are from my final flights in the Archer: the legs from Sheridan, WY to Willmar, MN, and then from Willmar to Flying Cloud airport near Minneapolis, where the Mooney was waiting. 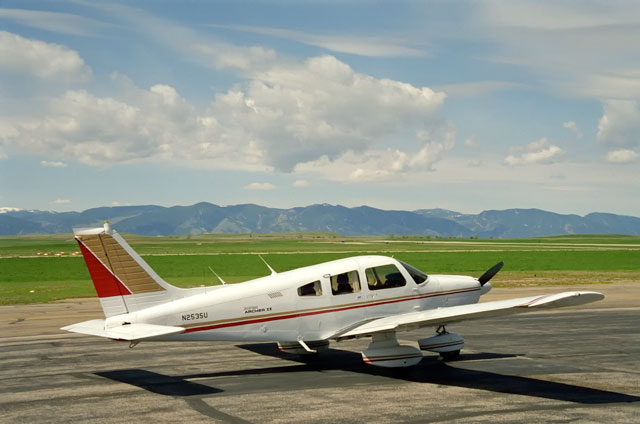 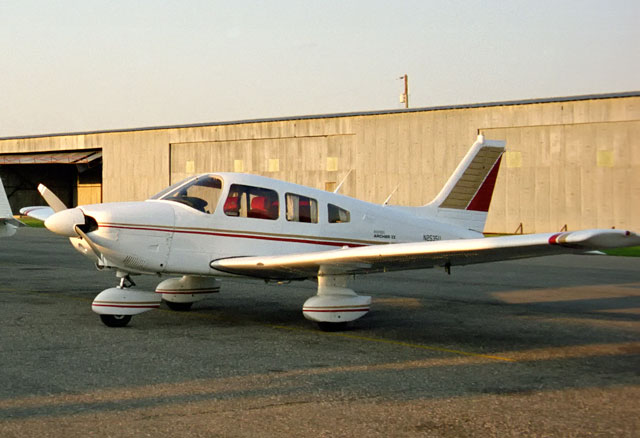 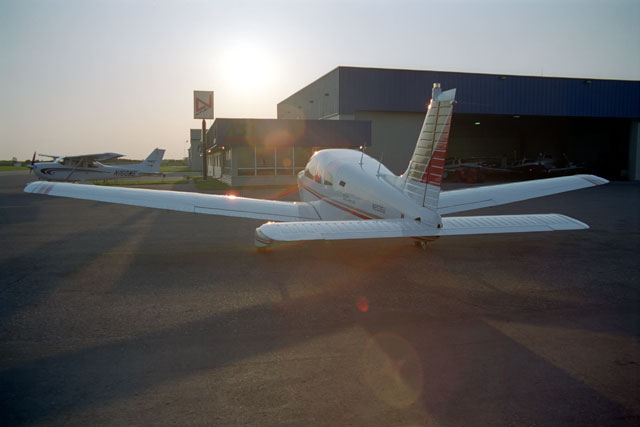 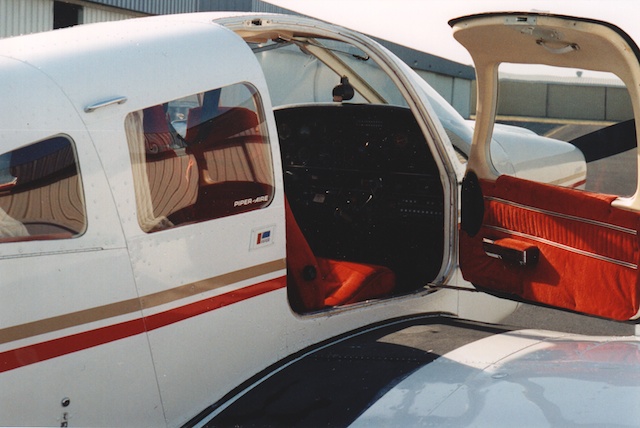 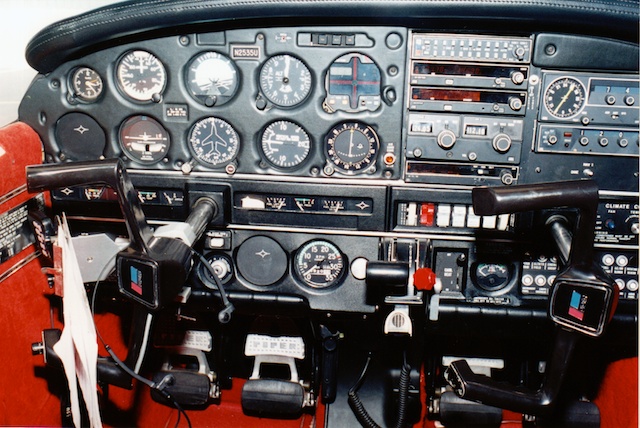 I cracked out my Nikon Coolscan 4000 ED over the weekend to digitize some of my old 35mm negatives from back in the day. This weekend’s project: A trip to Oahu, Hawaii my sisters and I took back in April of 1980. During that trip I shot over 300 frames using Kodacolor II ISO 100 and 400. At that time, one month shy of my 16th birthday, my addiction to photography was clearly in full swing.

Easter at the Hilton Hawaiian Village, 1980

My goal was to see how quickly I could batch scan 300+ negatives at a decent resolution for archival digital storage, while restoring the color to something recognizable given that the negatives probably faded a bit over the past 31 years. 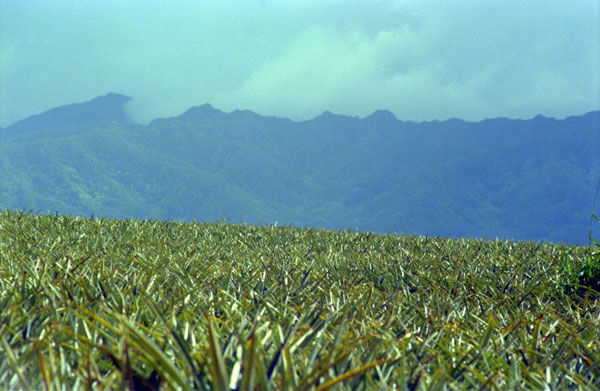 My software tool of choice was VueScan by Hamrick Software, running in 64-bit mode on Mac OS X Snow Leopard. VueScan is quite simply the best software for driving my Nikon film scanner, especially since Nikon’s software, Nikon Scan, was never very good to begin with and Nikon stopped making film scanners and software about 2 years or so ago. One great feature about VueScan is that it has embedded color profiles for dozens of color negative and slide films. All you need to do is reference the film type etched on your negatives against VueScan’s film type database, select the corresponding profile, and 8 times out of 10 you’ll get acceptable results right out of the box. 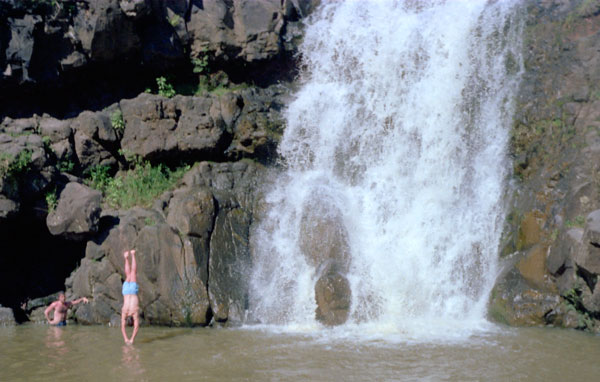 Since my negatives are so old, I also enabled VueScan’s features for restoring colors and fading. This jacked up the contrast and saturation of my scans, but made them much more usable without the need for further post-processing in Photoshop. This aspect of the workflow is important because I have 6,000 more negatives in my library that I’d like to scan someday, so ideally I want a fast, single-pass solution for cranking out so many scans.

The next question: How big should each scan be in terms of pixel resolution? VueScan has different pre-defined scan resolution settings for different needs. At the top of the heap is the “Archive” setting, which cranks out 5,600 x 3,600 pixel scans with the Coolscan – big enough to print billboards with disk space requirements to match. I chose the “Edit” setting, which is one notch below the “Archive” setting at 2,800 x 1,800 pixels, but still big enough to make 8×10″ prints, which for these old shots is good enough for me. I saved the files as uncompressed, 24-bit RGB TIF files. These files came to about 15.5Mb apiece. I could have saved as JPEG files at roughly 5.5Mb apiece, but I found through trial and error that with these old negatives the JPEG compression really jacked up the colors. 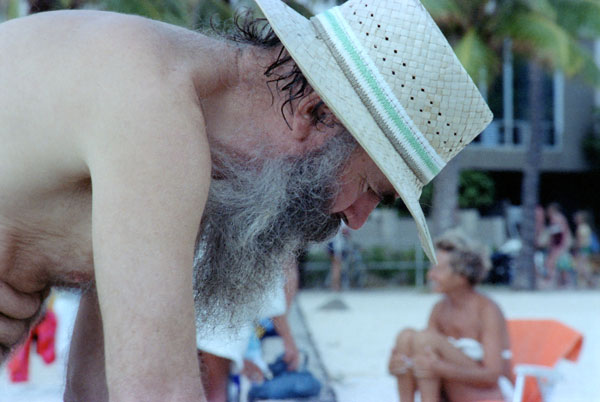 Once I got everything figured out I started scanning. Every image in this post is a straight scan, no post-processing. Not too bad for such old negatives. 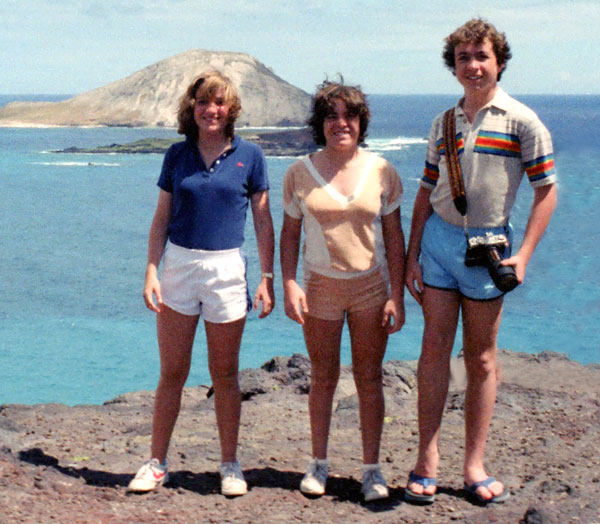 (The reason I’m standing so funny is because I was recovering from a dislocated right hip I received in a car accident almost a year earlier.)

Using my Coolscan unit with the SA-21 strip film feeder plus the VueScan settings outlined above, I scanned 301 negatives in about 15 hours, spread over 5 scanning sessions in 3 days. That works out to about 20 scans per hour… not too bad. This means my remaining 6,000 negatives will require about 300 more hours of scanning, if I decide to do it myself. Is it worth it, or should I delegate to ScanCafe?